When designing concurrent code in Swift, you might wonder which API to pick among the diversity of available choices. In this article we will benchmark performance of most notable Apple locking APIs and suggest best options based on their characteristics.

First off, let’s describe sampling data and the way it has been collected.

To benchmark each API a class has been implemented with a critical section in its setter and getter.

To compensate deviations of individual benchmark iterations, each data sample is calculated 100 times and an average value is taken.

Whole app source code can be found here: https://github.com/V8tr/AtomicBenchmark. It implements an abstraction over the above two methods, runs test samples and exports statistics to a CSV file. 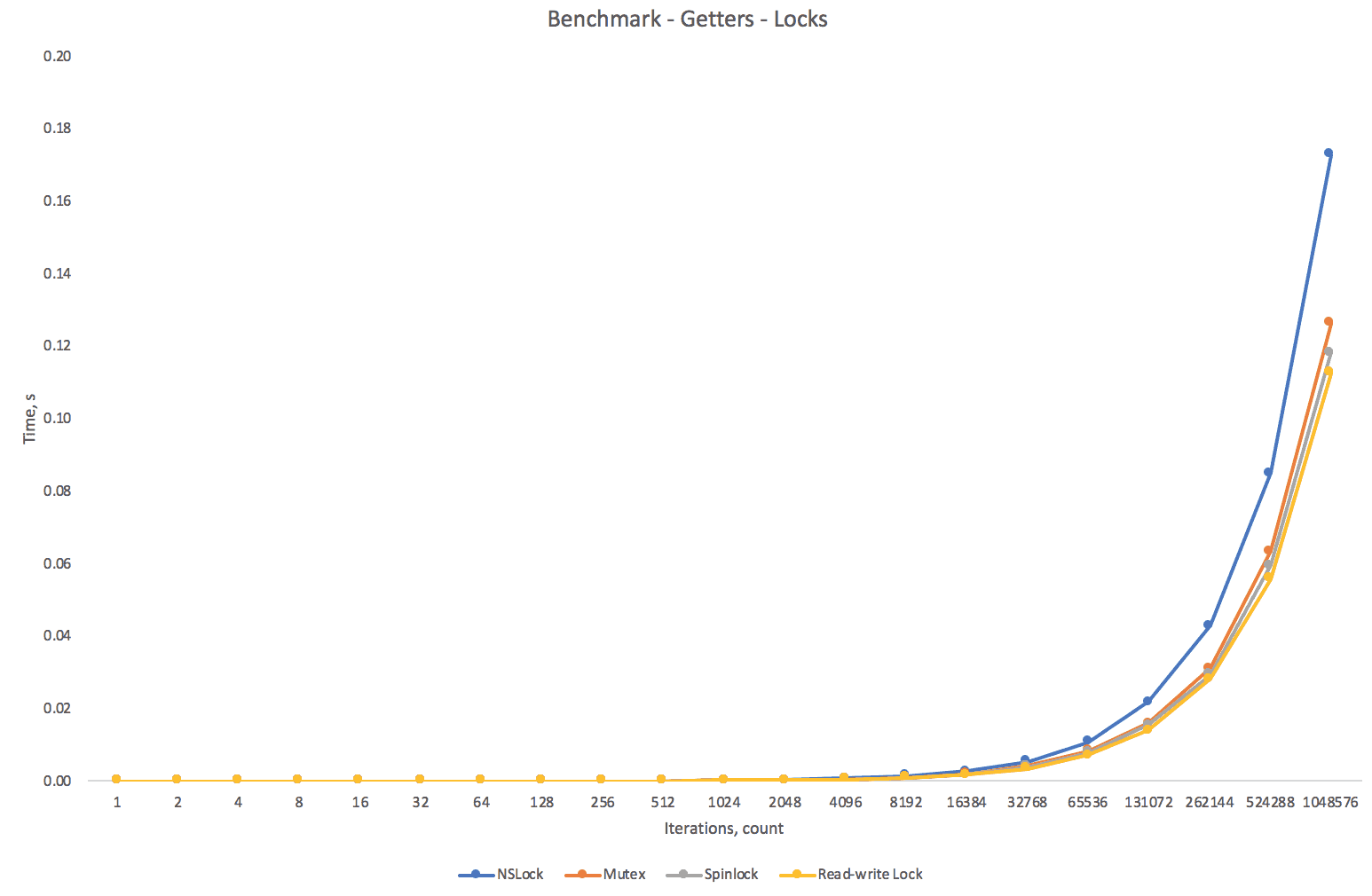 Locks have roughly equal performance, with NSLock being a bit slower than the others. 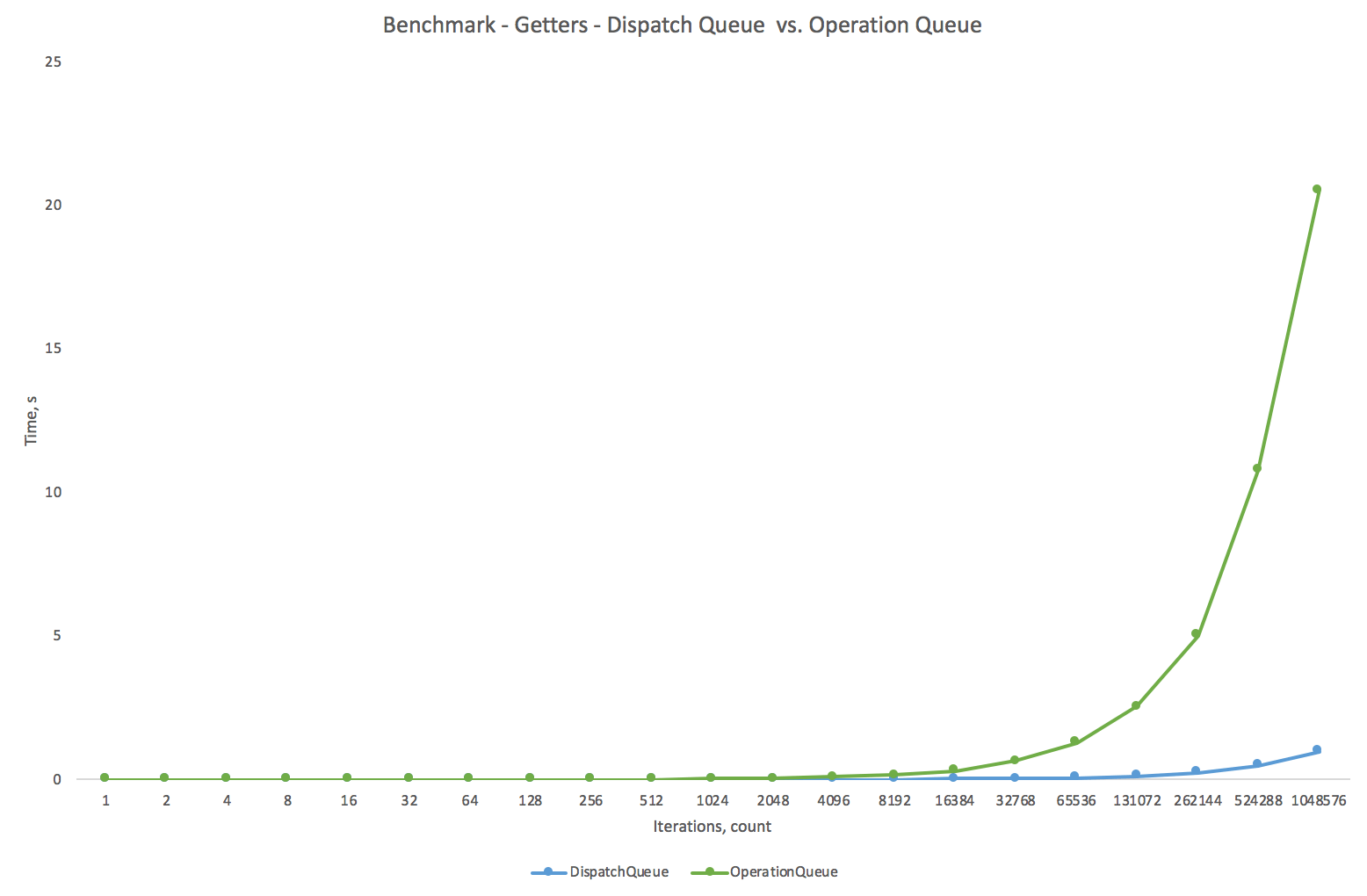 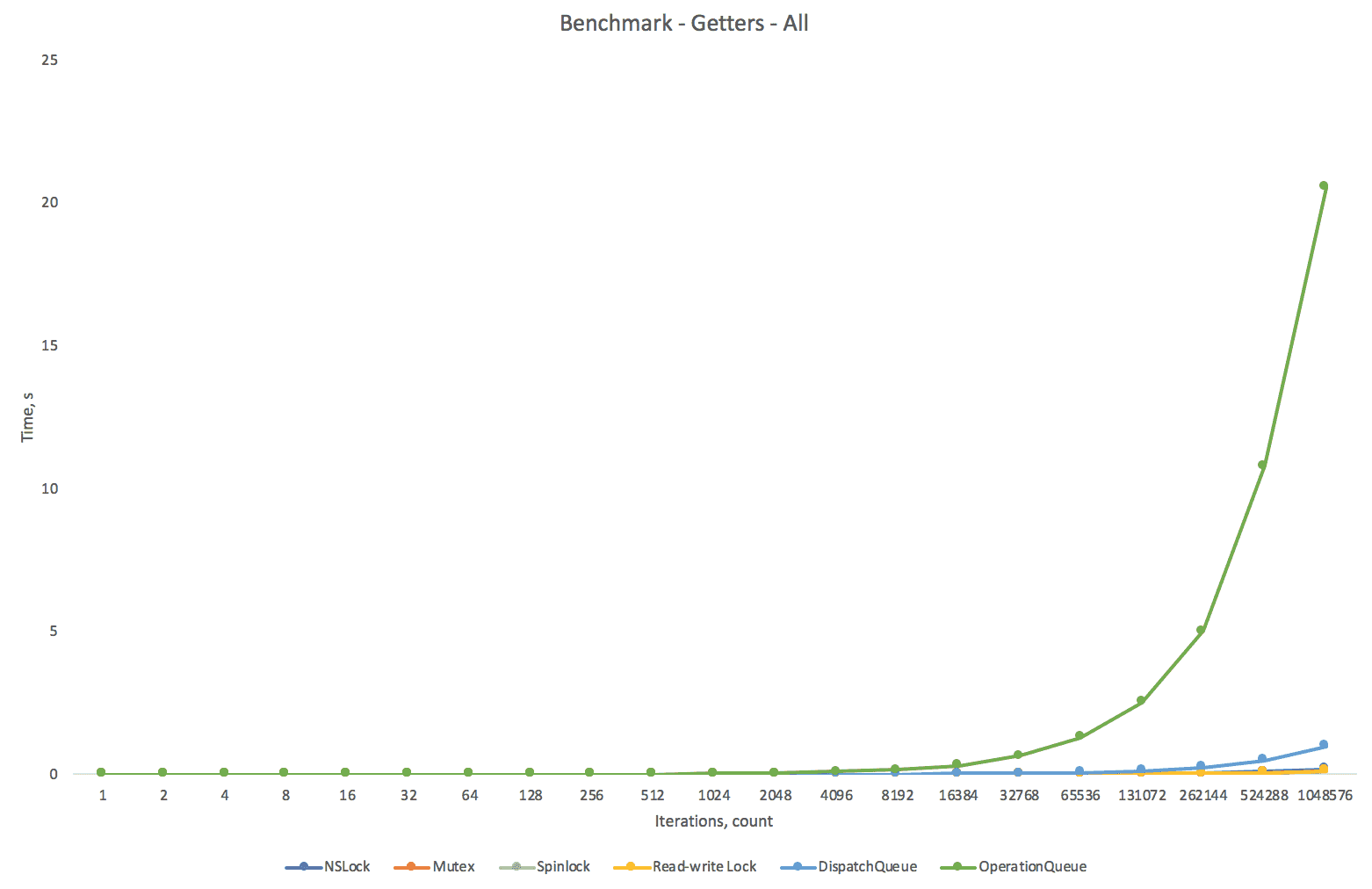 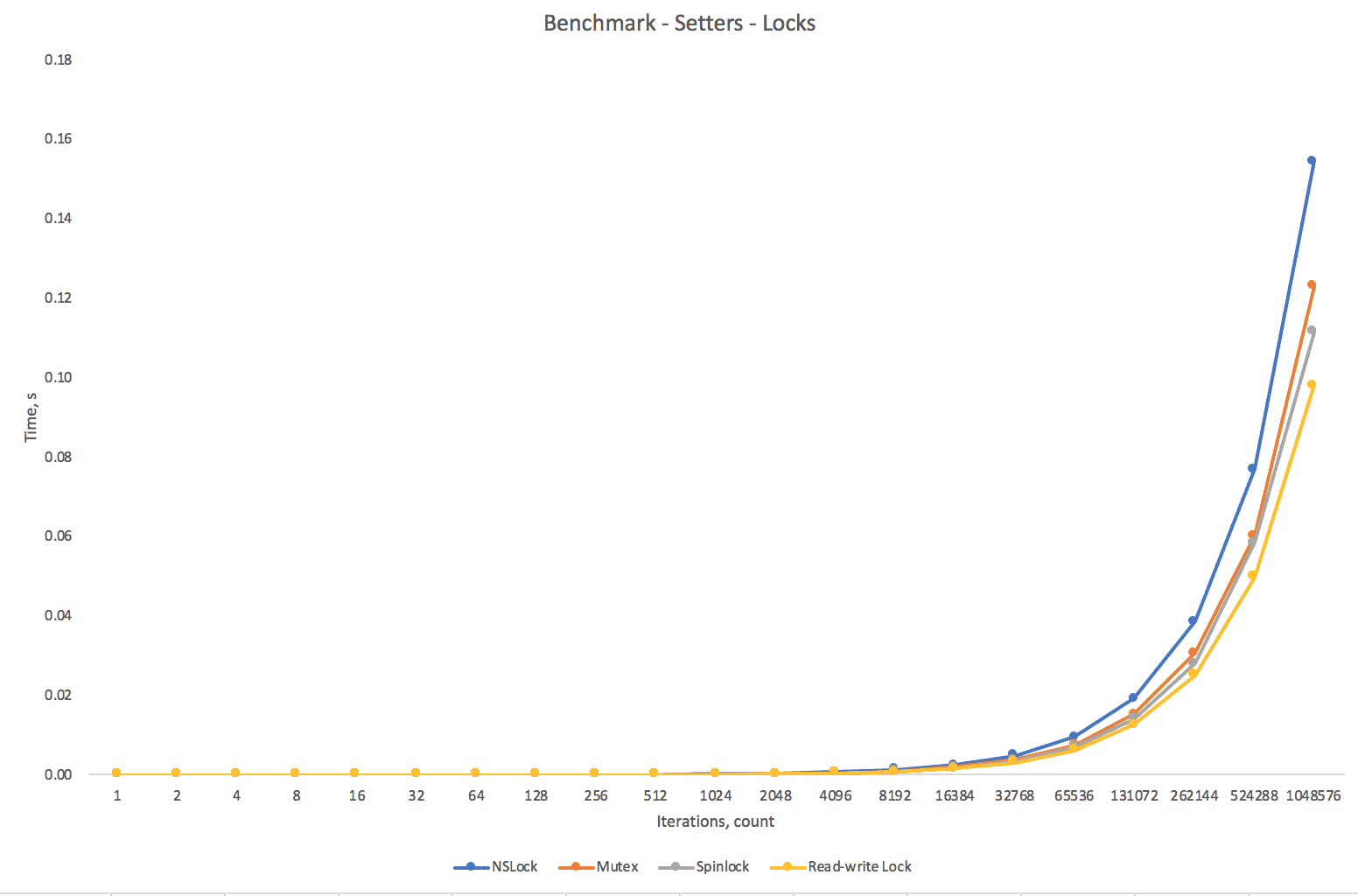 Same as with getters, all locks have roughly equal performance and NSLock is a bit slower than the rest. Variance of statistic is higher, comparing to the same calculations for getters. 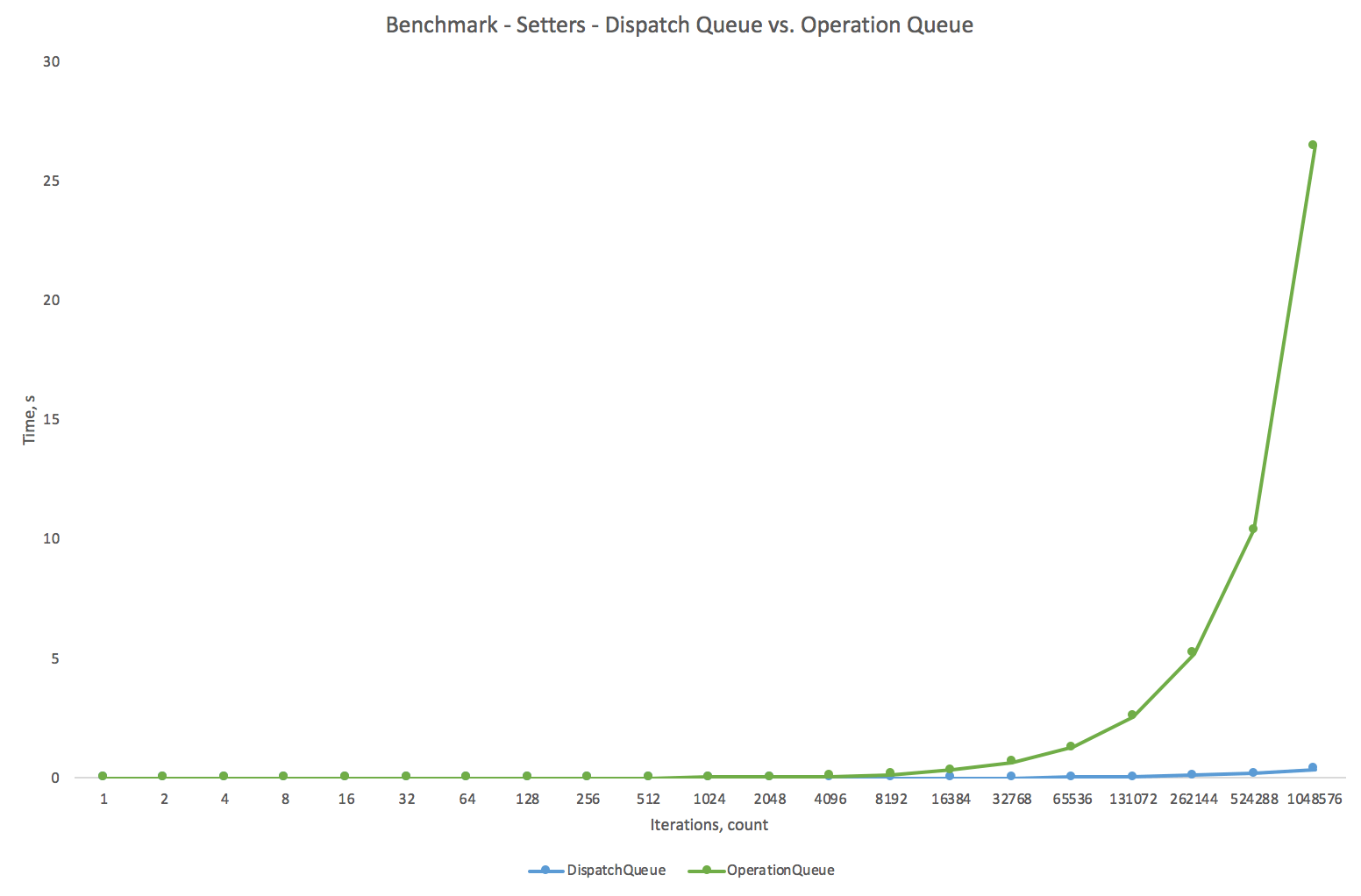 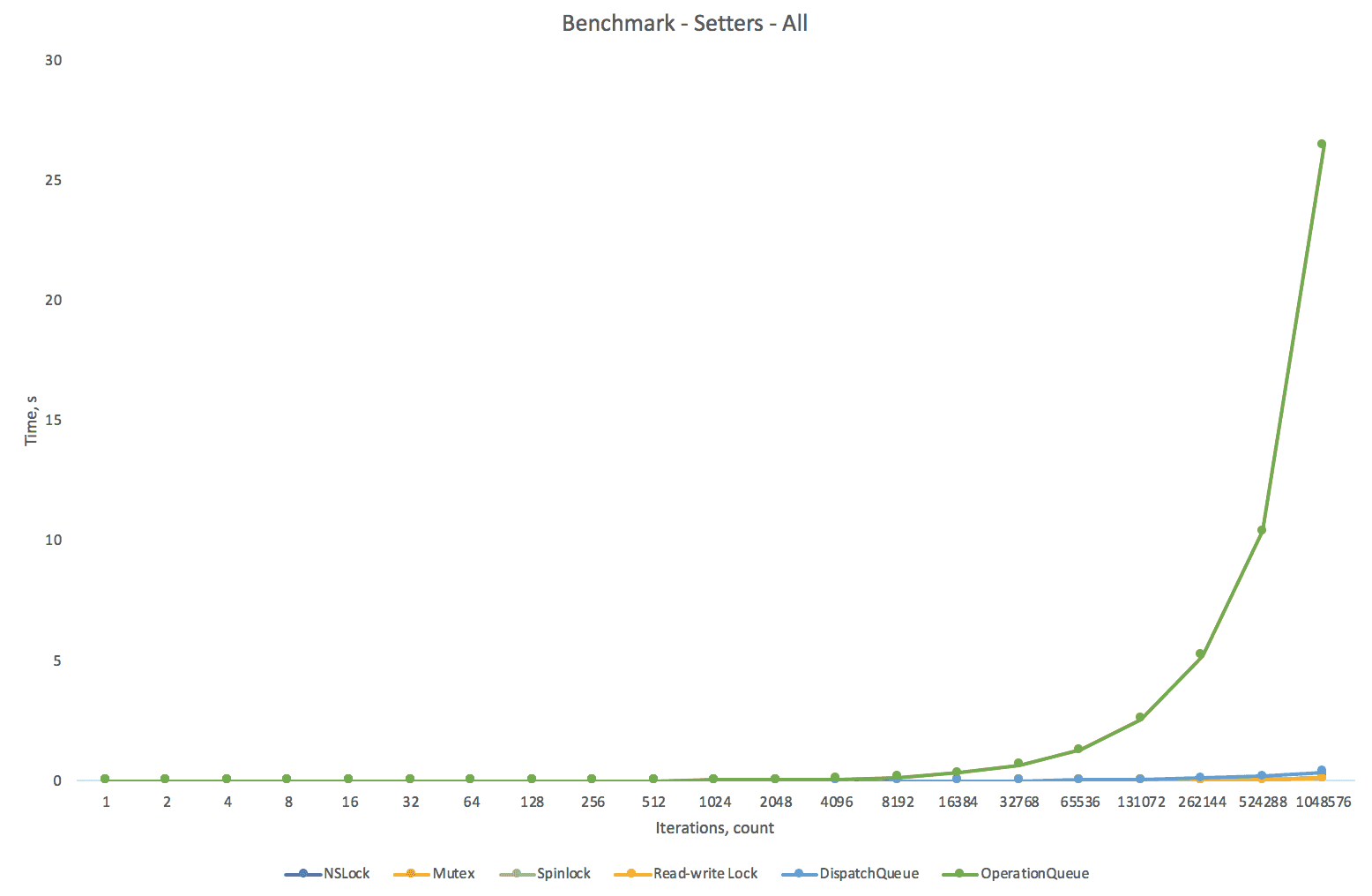 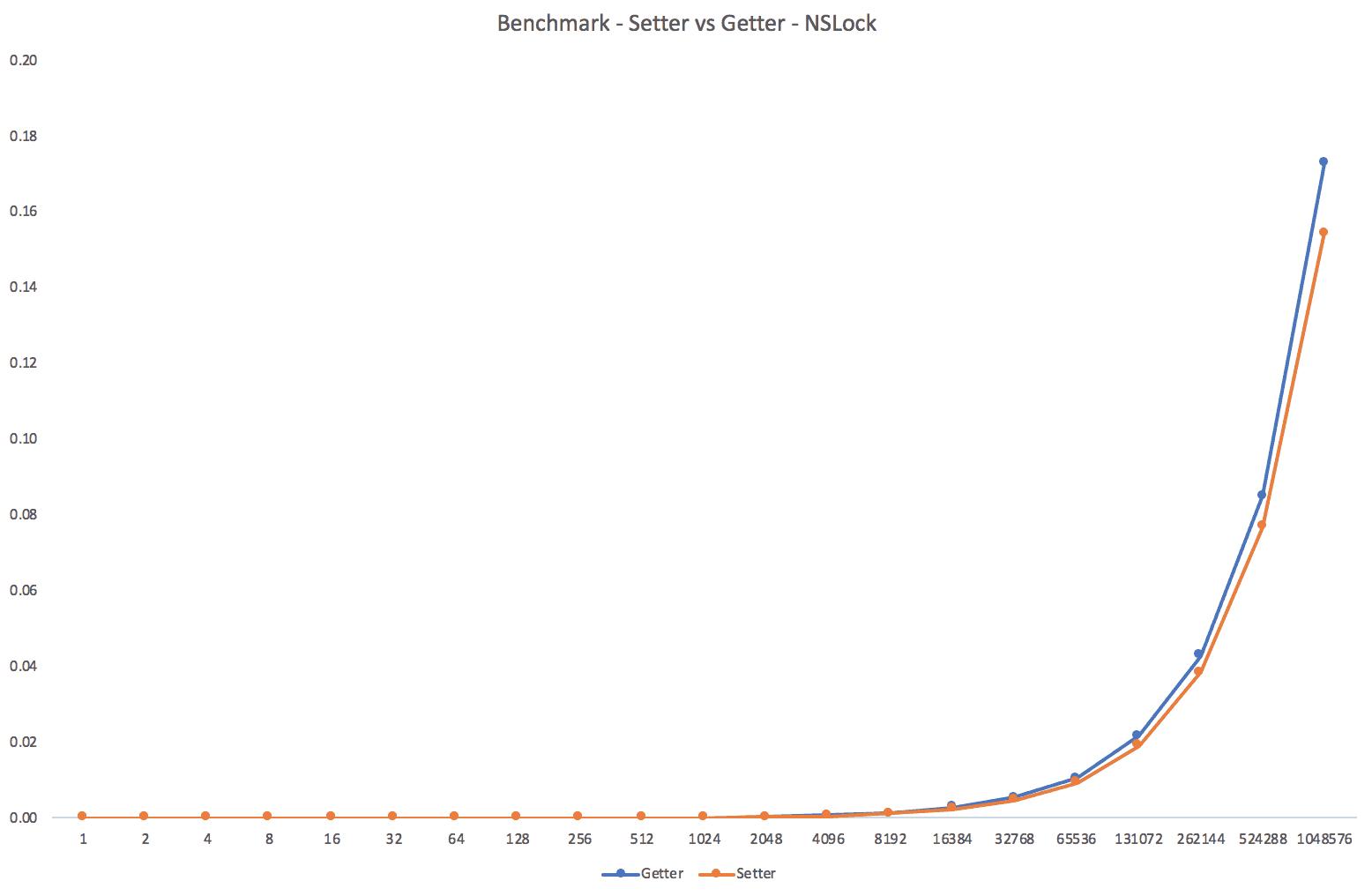 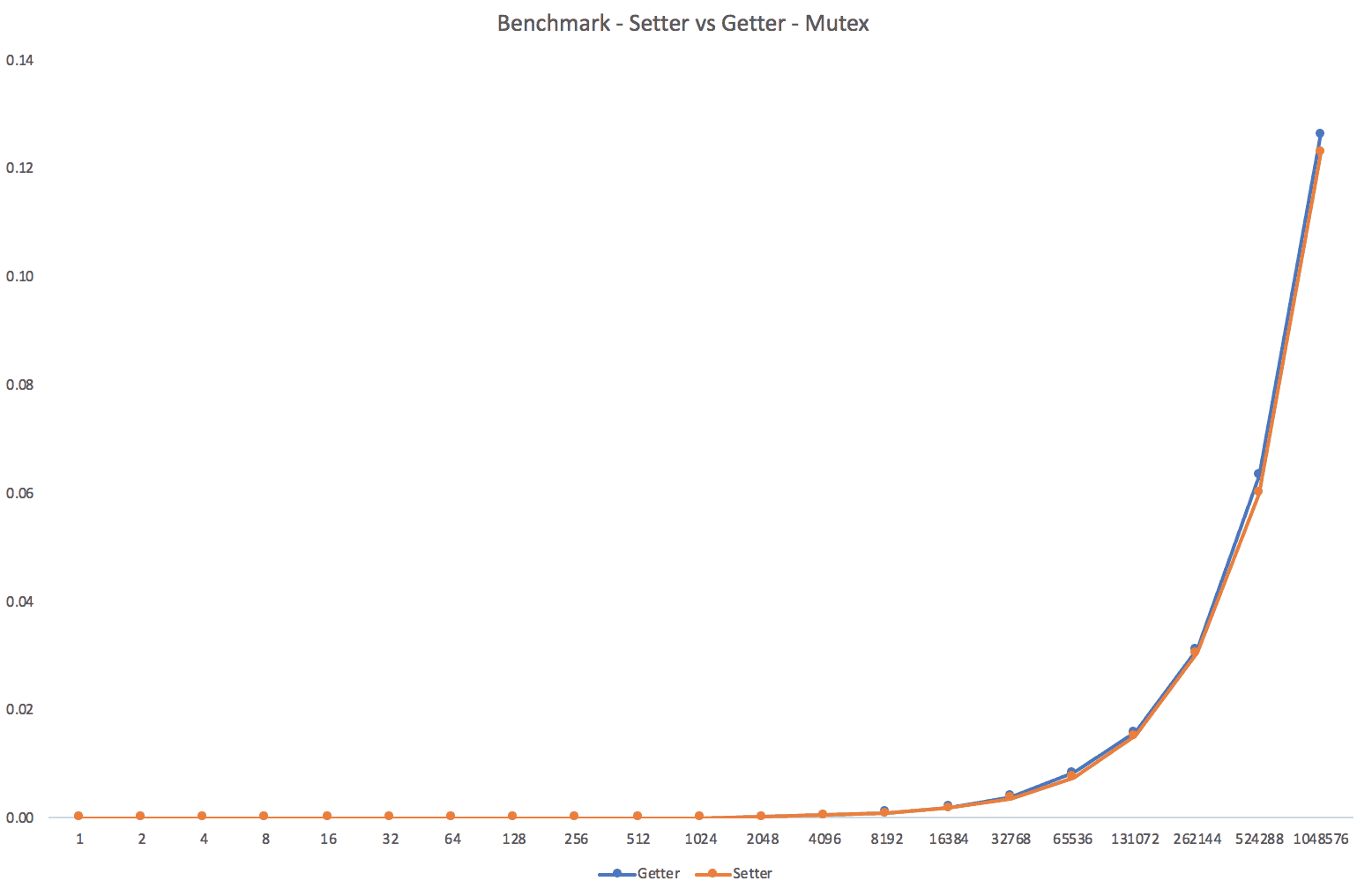 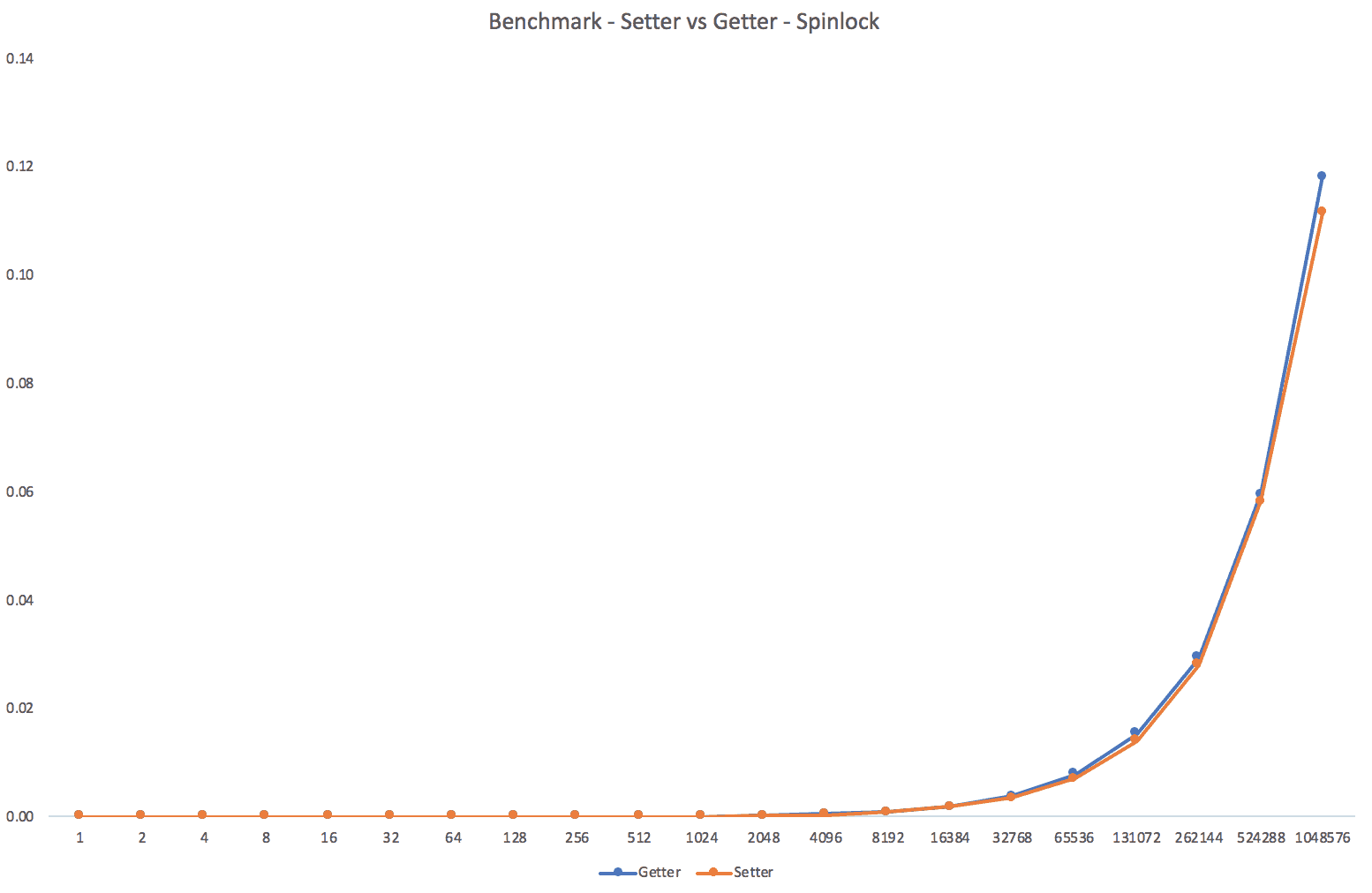 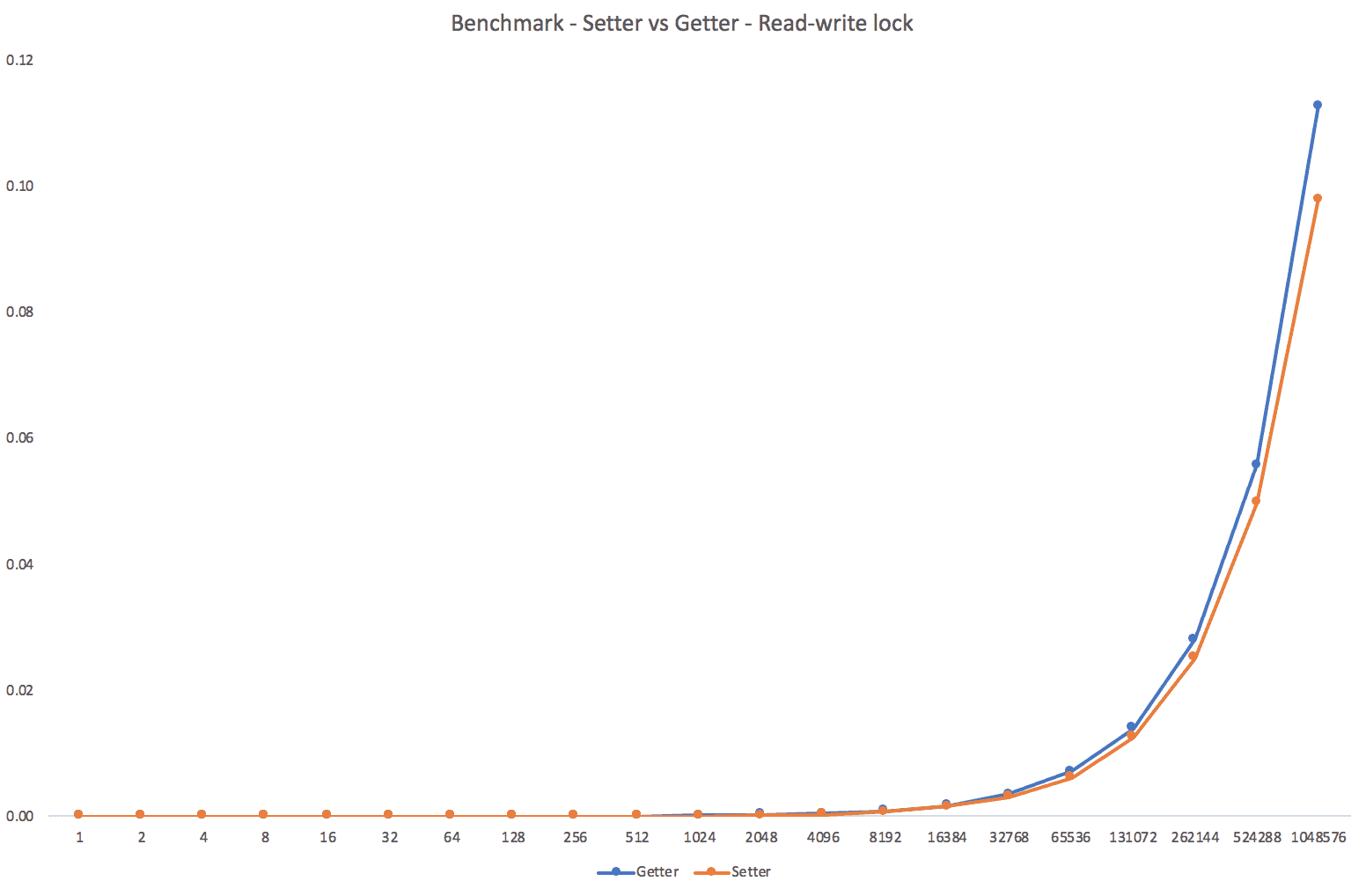 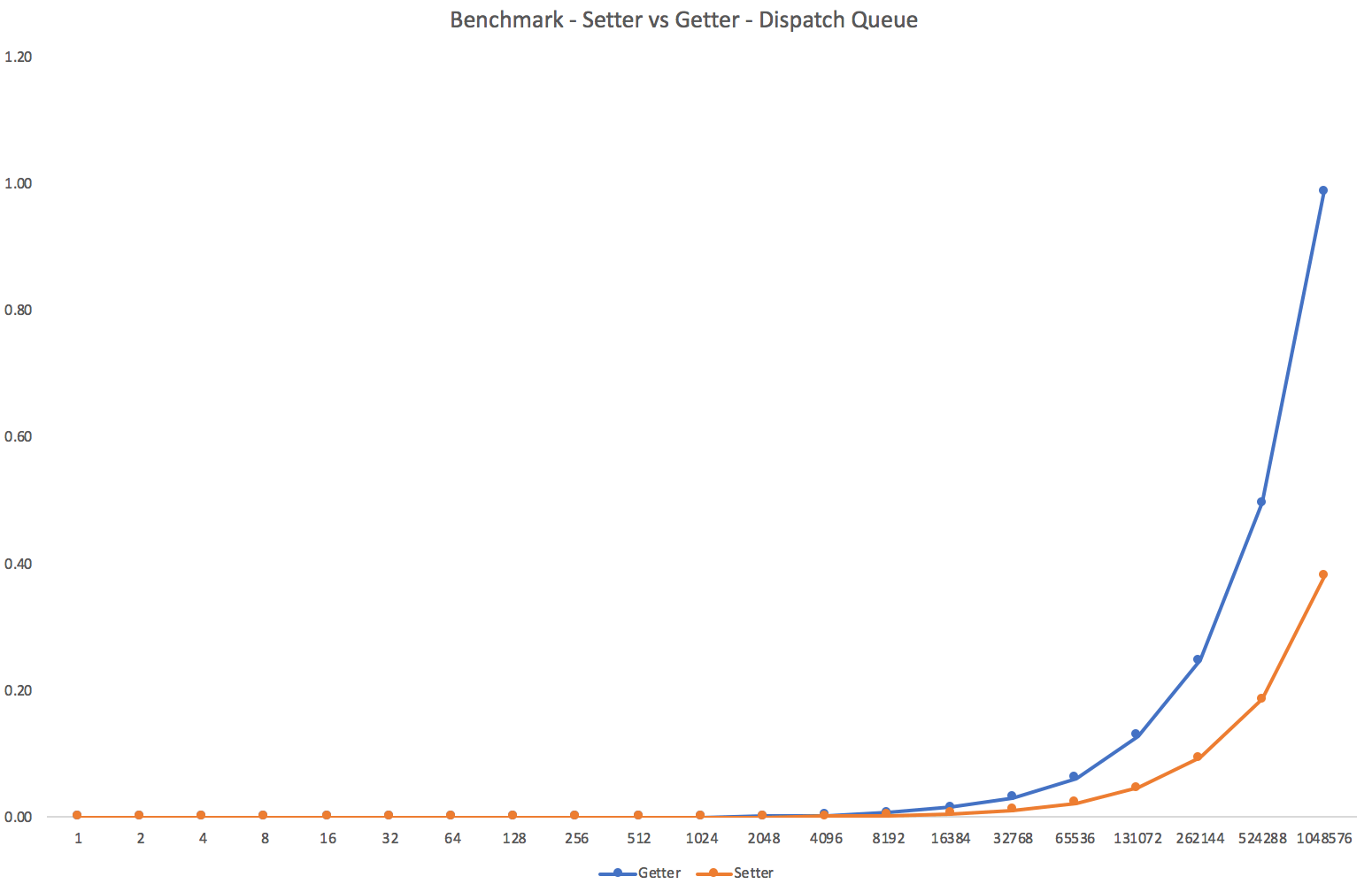 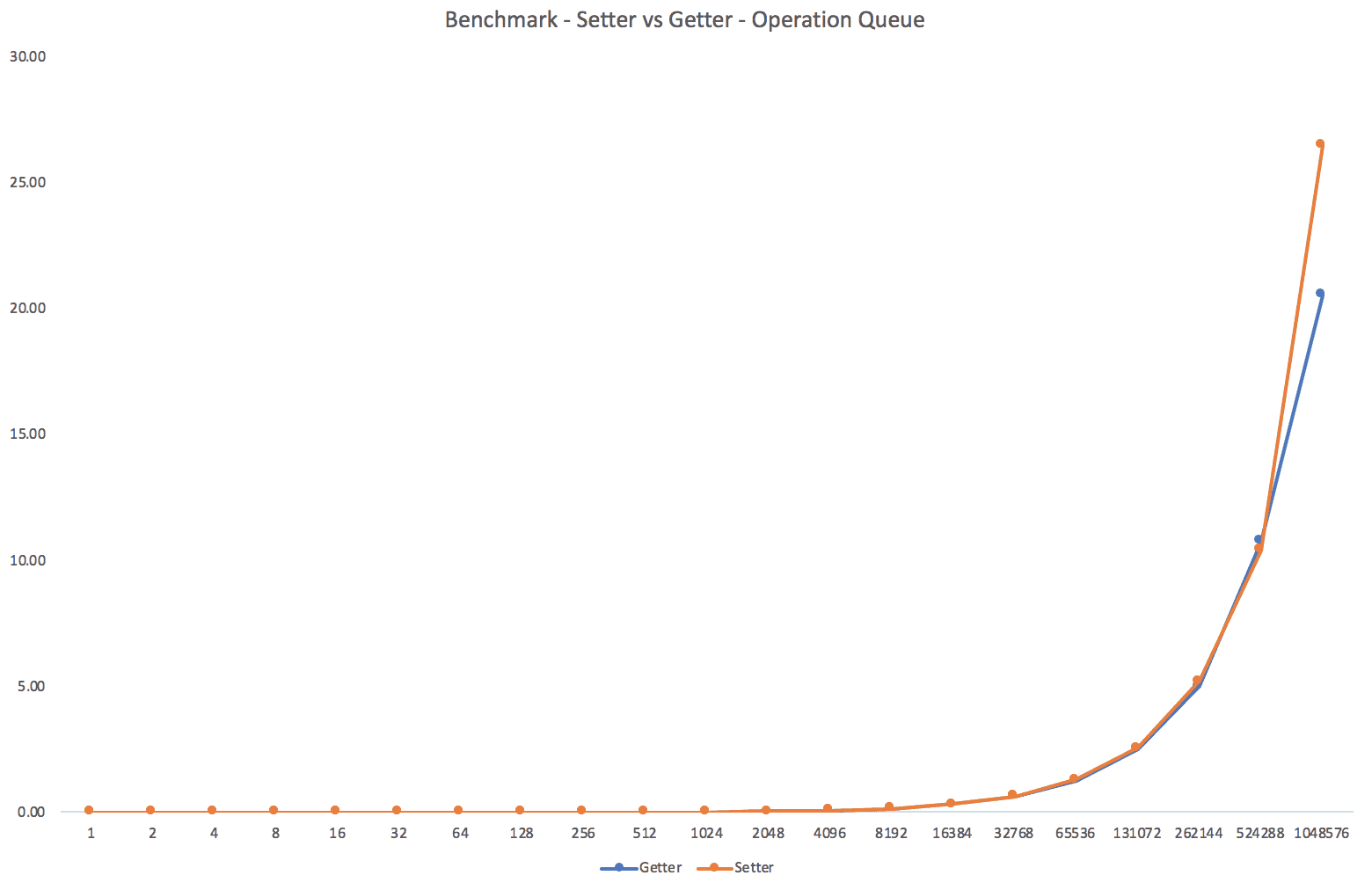 DispatchQueue and OperationQueue have considerable variance of setter vs. getter performance, locks are approximately equal.

Based on the benchmark results, DispatchQueue must be your best choice for creating a critical section in your code.

Under 10000 calculations it performs almost identical to locks, while providing higher-level and thus less error-prone API.

If for some reason the block-based locking nature of DispatchQueue is not what you need, I’d suggest to go with NSLock. It’s a bit more heavyweight than the rest of the locks, but this can be neglected.

Pthread locks are usually a bad choice due to considerably complex configuration and some usage nuances, as highlighted in Atomic Properties in Swift.

App delegate is the core of every iOS app. Usually it keeps growing as the development goes, gradually sprouting with new features. Let's see how it can be refactored to stay clean.

In this article let's take a look at different ways of designing atomic properties in Swift.